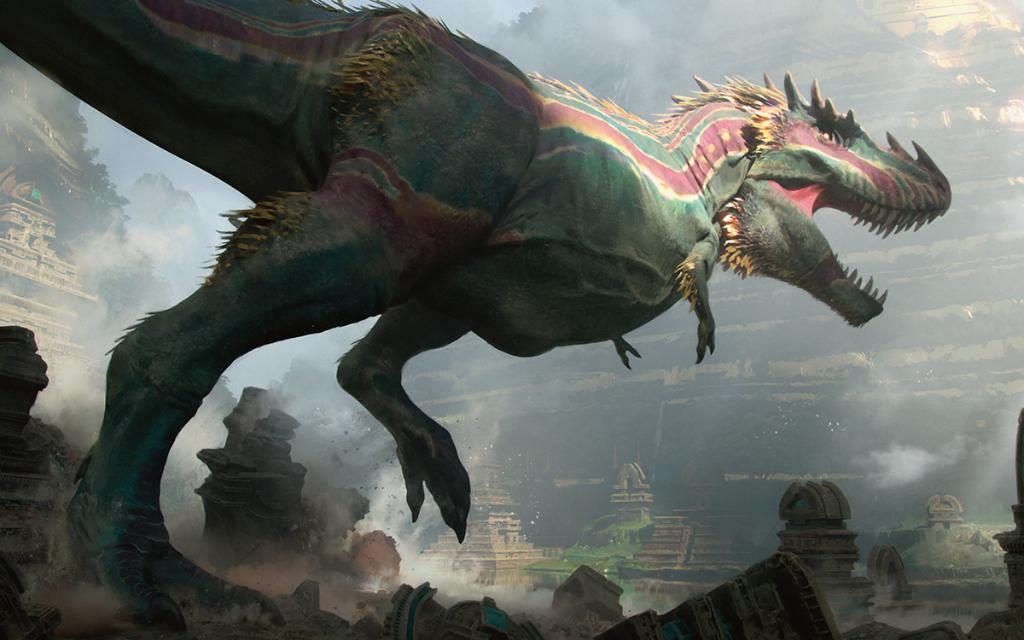 Ixalan block brought a number of tribal decks to MTG Arena, and the

Dinosaur deck is one of the heavy hitters. In this edition of Deck Primer, we’ll take a look at

In this section, we’ll take a look at the various packages that can be used to fill the flex slots of the deck.  The core deck has 7 flex slots (6 creatues & 1 spell). Some might argue that the Ghaltas are flex, too, but I find Ghalta essential to deck as it’s a crucial card for steamrolling your opponents.

The Anti-Control package makes use of Carnage Tyrant to push through counters, and once it’s on the battlefield it’s incredibly difficult to remove since it a 7/6 with Hexproof.  Thrashing Brontodon protects your other threats from artifacts and enchantments. Lastly,  Crook of Condemnation offers some graveyard hate against token and The Scarab God decks. Overall, the Anti-Control package looks to ramp in the early game and send unanswerable threats in the mid-game. When the deck plays out properly, it can be quite oppressive, with opponents facing turn 5 or 6 lethal.

The Anti-Aggro/Swarm package provides reasonable answers to some of the more aggressive and swarm decks.  Raging Swordtooth kills off 1/1 creatures and activates your own enrage abilities, including Needletooth Raptor .   Needletooth Raptor can dispatch larger creatures and can usally be activated with a  Raging Regisaur ,  Raging Swordtooth ,  Savage Stomp ,  Reckless Rage , or even just by blocking. The  Raging Regisaur can be used to directly damage your opponent, ping creatures with 1 toughness, or simply activate your own enrage abilities. Finally,  Dual Shot serves as a multipurpose card that can ping enemy minions in the early game or enrage your own creatures for damage, draw, or ramp. 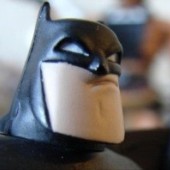 ThatsBatz is Arenatog.com's founder and Editor in Chief. ThatsBatz is also a twitch streamer and content creator and can often be found on https://twitch.tv/ThatsBatz 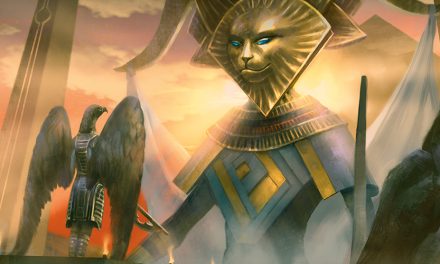 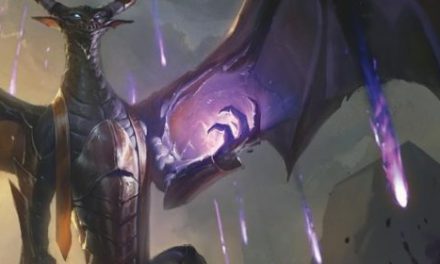 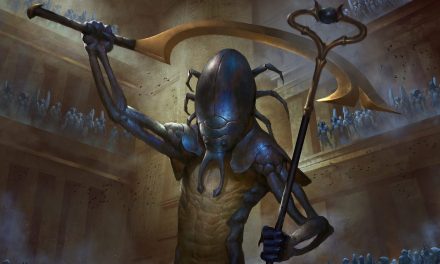 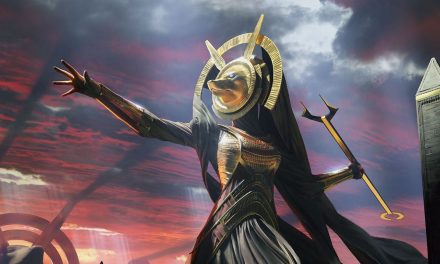